COLLWEB is a global network of collectors that builds a community of people who appreciate the value of art, cars, watches and real estate.

Art is moving, without interaction, without sharing and without communication with others, I, as an artist, can not grow and evolve in the world called ART.

Marcellus Hoedemaker locally also known as HOEDIE lives in Vence far from the bustle of the Coast. He was born in Amsterdam in 1960.  After giving his live a twist, in great support of his family, he started his Atelier/gallery in 2007. He threw himself into the deep, insecure, in the experiment. He paints with acrylic and oil, in different styles, but Impressionism is the bases. You can name his works as impressionist-free style. Recently he ventured to his first spatial object, after an intensive welding course, namely a locomotive annex BBQ. Great fun he says as a creator of Art.

In the years that followed he gained several prices during contests as in the harbor of Antibes, International art exhibitions in the famous Hotel Miramar at the Croisette in Cannes and so on. Meanwhile, many international contacts have been made so that the work of HOEDIE could also been seen in Munich, Amsterdam, Beijing, Istanbul, Bucharest and what to come.

Last year he was participating in an open-air artwork made by more than 400 artist called the Colorfield initiated by a fellow artist named Dirk Hakze with more than 26.000 visitors. There he created a panorama of five panels covering the beautiful Frisian landscape. He had to paint this work in only day between wind and rain. A great challenge but he succeeded because of a good at home prepartaion.

All in all, as HOEDIE, he celebrates the motto "ART IS MOVING", always in motion and development but also touching the human soul by it's expression. 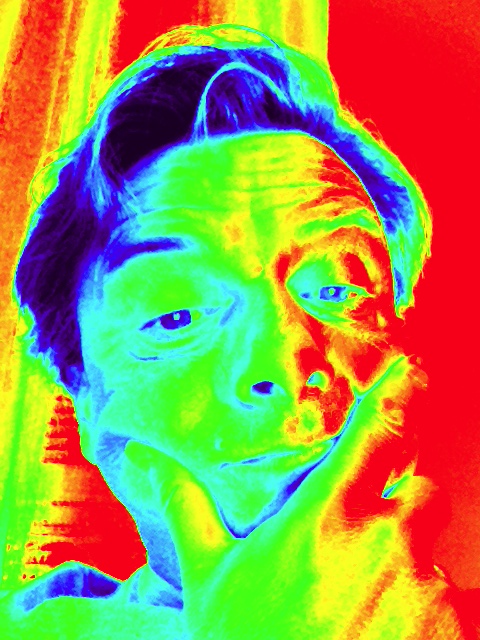